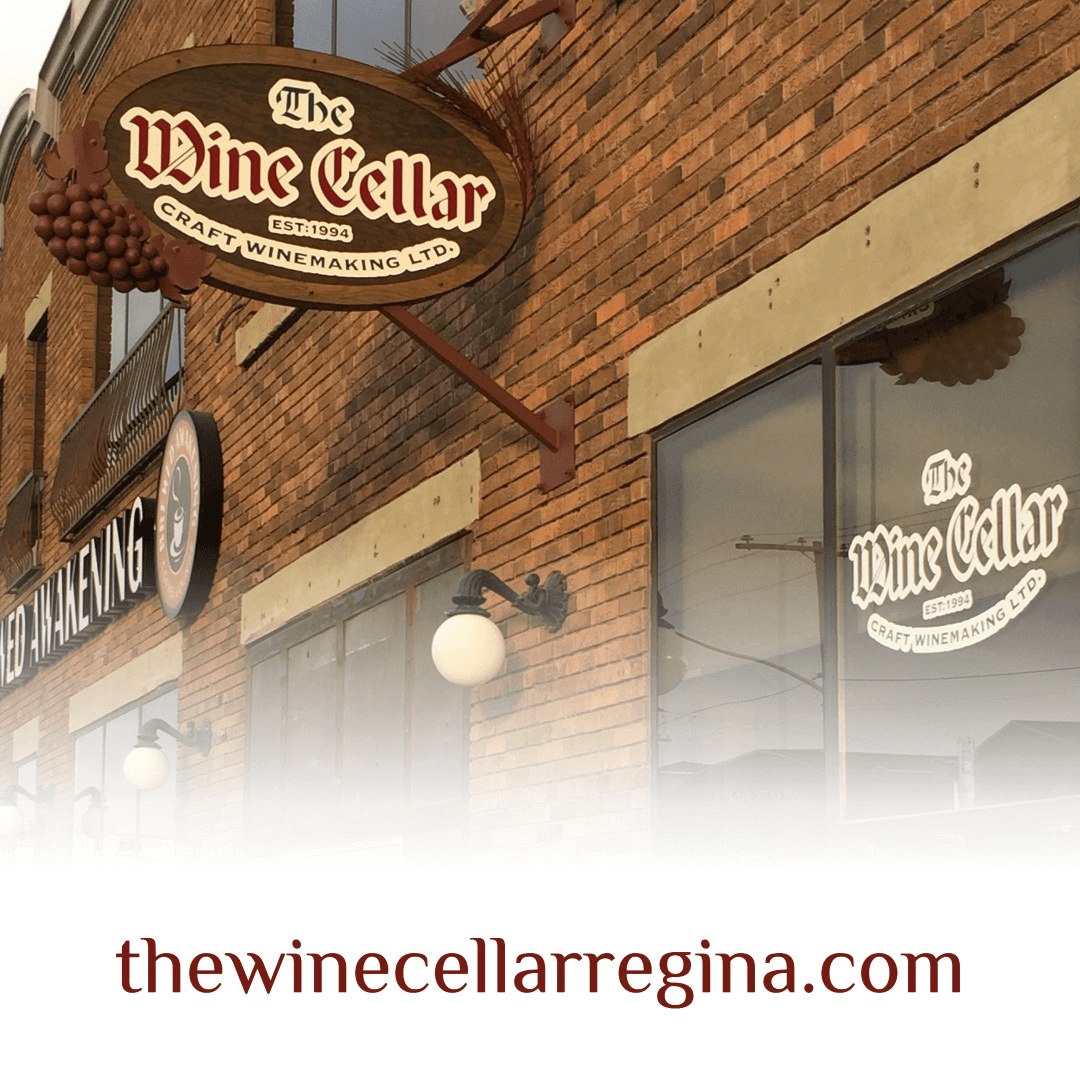 It all started back in 1994. Well, actually it started before then. John had been asking for a winemaking kit for Christmas. Having tasted some bad homemade wines, I was not entirely thrilled with the idea of making wine at home. However, I did get him the asked for gift and he started on a journey that would change our lives. I remember when he bottled his first batch and asked me to taste it. With much apprehension, I took a sip and said, “Geez, it tastes just like wine,” to which John responded, “It IS wine. It doesn’t just taste like it!” I was sold and he continued making both wine and beer. Then one day he said to me, “I think we should open a wine kit store.” At the time, John was working for CN – you know, steady job, steady paycheque. I thought he had lost his mind and told him so. However, after more discussion, I thought maybe he was onto something. The only problems I could see were that he would have to quit his job, we’d have to sell our house in Yorkton, move with our 3 young children (ages 1, 4 and 8) to another city and start a brand new retail business, with neither of us having worked in retail. But neither of us wanted to look back in 10 years and say, "What if …?" We felt we were both employable should the venture go down the tubes and, after all, it is only money! Hahaha! Sometimes it really is good to be young and naïve. 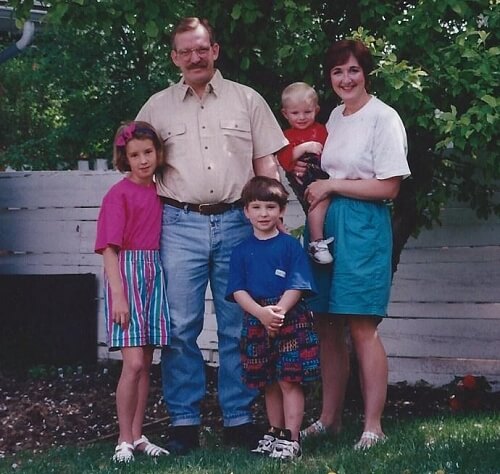 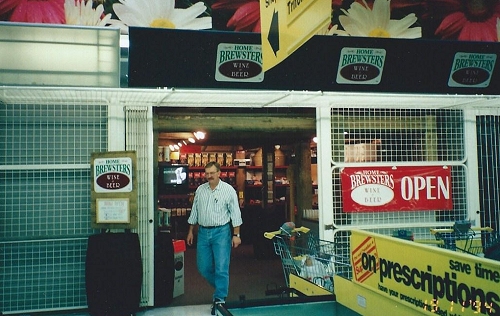 Anyway, we did, in fact, do all those things. We bought a franchise called “Home Brewsters”, sold our house, and moved our family to Regina, which was the place John felt would be best for us to start our new business. Home Brewsters was located in a 376 square foot kiosk inside “the old Superstore” on Albert Street and we were thrilled. About 2 weeks after opening our doors (well, it was actually a gate), Westfair Foods (who own Superstore) decided to stock their shelves with a competing product. So here we were, we had sunk all our savings into the store and, not only were we paying Westfair rent, we were now competing with them. We were stunned. I’ll tell you, nothing will take the wind out of your sails faster than trying to compete with Superstore inside Superstore.

Around that same time, I did a bit of an analysis of our financial situation and determined that if our sales dried up, we would be able to keep our doors open for about 3 weeks before we’d have to close up shop for good. Yes, there were definitely a few sleepless nights. However, we tried to remain calm and I remember John saying, “We can’t compete with them on price. But we can offer much better service, so let’s concentrate on that.” In many ways, I feel Superstore did us a favour and I totally credit John for not panicking and for coming up with such a fantastic solution. We did, in fact, concentrate on service and still do. I think it’s one of the things that sets us apart from our competitors. You just cannot beat our service.

Of course, that was 20 years ago. Luckily we had a clause in our lease that allowed us to break the lease if Superstore started competing with us. We invoked that clause about a year and a half later and moved to Regal Plaza. We also got out of our franchise (which was not pleasant, but necessary) and changed our name to The Wine Cellar. We now had about 1200 square feet of space and felt like we had died and gone to heaven. All that space! We thought we’d never fill it up, but 5 years later we had, in fact, outgrown it and moved next door to about 2400 square feet.

Funny story about after we had moved from 1652 Albert Street into 1646 Albert Street... People would come in and comment on our ‘renovation’, prompting us to have to tell them we hadn’t renovated, that we had moved and they had just come in through an entirely different door than the one they had been using for the last 5 years!

Several years later, when the provincial government changed the legislation allowing for vint-on-premise, we undertook a major renovation to allow us to offer in this service, which has been fantastic. It has brought new people into our store and has enabled us to hire more staff, without whom we could not manage. 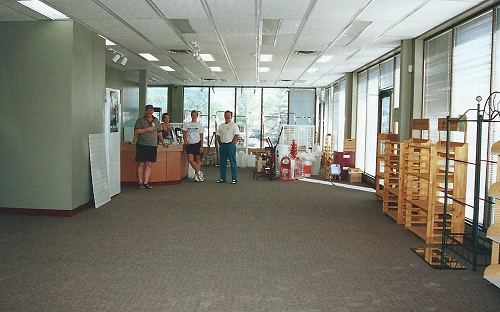 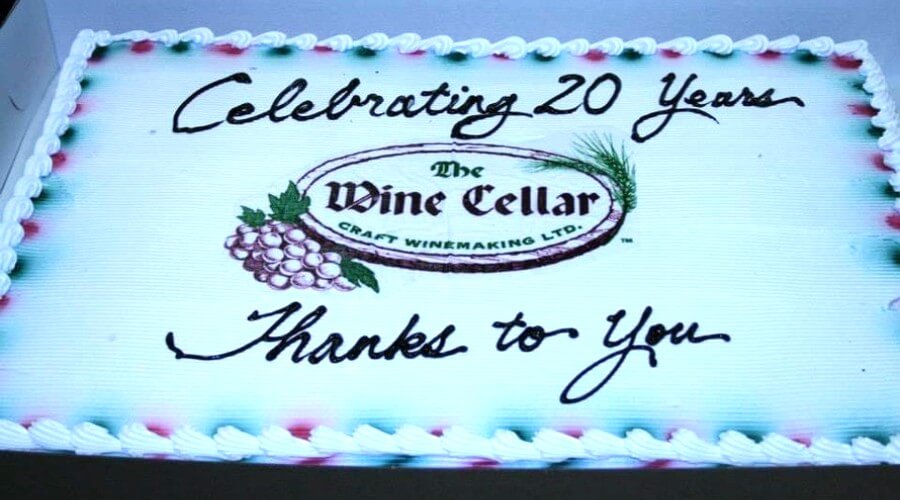 I have to admit celebrating our 20th Anniversary in 2014 made me very nostalgic. We have been extremely fortunate. We have the best customers, many of whom have been with us since our “Superstore days”, which absolutely blows me away. We think of our customers more like our friends. We have aged with many of you. We have gone through weddings, births and, sadly, deaths with you. We have laughed with you and cried with you.

In 2016, your continued support allowed us to move to #100-2300 Dewdney Avenue (on the corner of Dewdney & Lorne) to provide you a bigger, roomier space to bottle your wine.

In 2019, we celebrated 25 years. We are humbled by your loyalty. I don’t think I can convey to you just how much your support has meant to us and continues to mean to us. We hope you will continue to allow us to serve you for 25 more years!

We have a very dedicated group of people working at The Wine Cellar. When we first started, it was just John and me. Now we have a team all working hard to make coming to The Wine Cellar the best wine experience in Regina - all for you - the best customers we could have hoped for all those years ago when we decided to take a chance. Thank you. 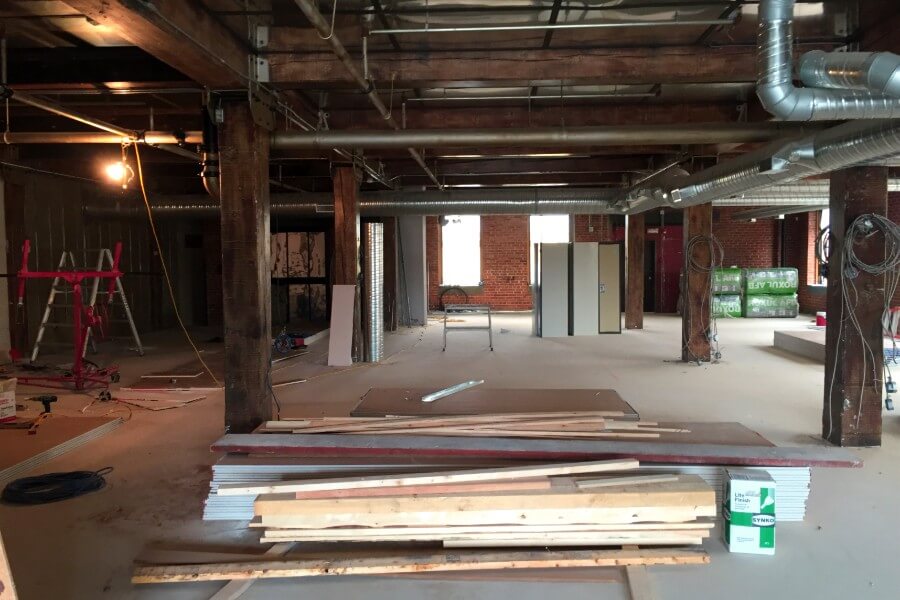